The Origins of Casino Games 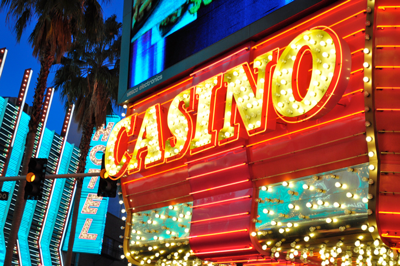 Classic casino games have come a long way over the years, with major advancements in technology ensuring that these days, we are just as likely to be playing them online as at a traditional land-based casino.

So, we have taken a look at how three casino games originated.

The word roulette is French for ‘little wheel’ and before the invention of the wheel itself, there were several other games played with similar rules. It is believed to have been invented by the famed Blaise Pascal during the 17th century, with the now-standard roulette wheel and rules dating back to 1790. It is one of the simpler table games for newer players to understand, as it involves betting on one or more numbers – either based on the red or black colour or odd and even numbers – before the croupier spins the wheel one way and the ball the other way. Despite the emergence of online casino gaming, these basic rules have not really changed very much, and the green squares on both the table and wheel remain the only edge that the house has. There are slight variances between European and American roulette, with the American version featuring 38 numbers and European having 37, but roulette remains popular in its existing form and is unlikely to change much in the future.

Slots games are among the more recent additions to the casino gaming roster, dating back to the closing stages of the 19th century, with American Charles Fey recognised as the inventor. Since then slots games have grown to become the single most popular form of casino gaming, with many casinos giving up around 70 percent of space to them. They are very simple to play – you just have to get a certain number of the same reel icons in a row to score a payout. This also means that slots games are ones where the advantage lies with the player, particularly with the emergence of online slots that feature wild and scatter symbols to increase payout chances.

This is one of the most popular dice games, especially in US casinos, and the name is believed to have come from the 19th century French word ‘crabs’ which was a term for a ‘double-ace’ throw in the dice game Hazard. The basic rules see players gamble on the combined total produced by the rolling of two dice, but there are a range of different betting types that you can choose – including don’t pass, pass line and line bets.

Casino games are constantly adapting to the requirements of gamblers as well as technology.

Some rights reserved by ShardsOfBlue

« About UsBingo in Las Vegas »