Gambling enthusiasts and smartphone users visiting Las Vegas keen to try their hand at gambling can now play against gamers at the resort after MGM Resorts unveiled a new mobile-based gambling platform. The application is called easyPlay Mobile Tournaments and is a Nevada Gaming Control Board-approved platform on which visitors to nine iconic Las Vegas resorts can take part in gambling tournaments for real cash prizes. With the exponential growth in the popularity of online and mobile-based gaming apps, does MGM have the next Pokémon Go on its hands?

Enhanced Las Vegas experience for gamblers and a boom for operators

As mentioned above, the mobile games industry and gambling in particular has grown from strength to strength along with the rise in mobile device use. The ubiquity of smartphone means that barriers to entry have been lowered significantly, making it easier for gambling operators to reach new customers and for users to enjoy their interests wherever they want. This is what makes MGM’s announcement significant as the new platform tackles two issues at once.

Firstly, the aforementioned rise in smartphone and tablet-based gambling platforms and users has had a negative impact on the footfall in physical casinos around the world, including Las Vegas, and easyPlay is an innovative way to encourage punters to return. The other benefit is that the platform is an innovative and engaging way to enhance the experience of visitors to the gambling Mecca. The prospect of winning real money will also add to the excitement as gamblers compete against fellow novices and experts alike.

With mobile gambling sector worth billions of dollars each year, MGM Resorts’ new mobile tournaments platform is a new and much needed revenue stream for the operator. As traditional casinos fight to stay relevant, mobile-based gambling apps such as easyPlay will certainly become more common. 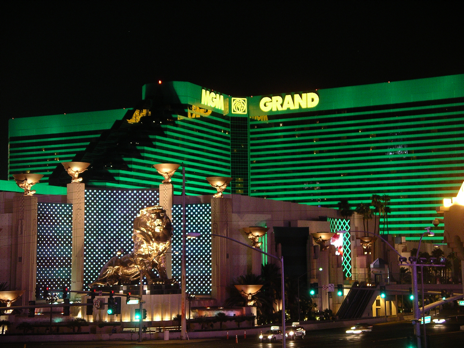 The easyPlay software is a perfect example of how the traditional gambling operators are responding to the fast pace of technological innovation and demands of Generation Y – they are reaching out to wider audiences that are well versed and engaged in mobile use.

This is encouraging given some of the casino insights that are emerging worldwide. Data gleaned by 888casino.com shows that players aged between their mid-twenties to mid-thirties are, statistically speaking, less likely to win roulette payouts compared to those of earlier senior age.

Even though this is just one example, it still highlights the inherent problem and current status quo of the traditional casinos. One ongoing risk is that players of this younger demographic, a key source of growing mobile usage, may become alienated and seek online options elsewhere, beyond the reach of the Vegas giants. In this sense, easyPlay serves as a targeted response to the changing market inspiring uptake and, consequently, increasing revenue for the company. 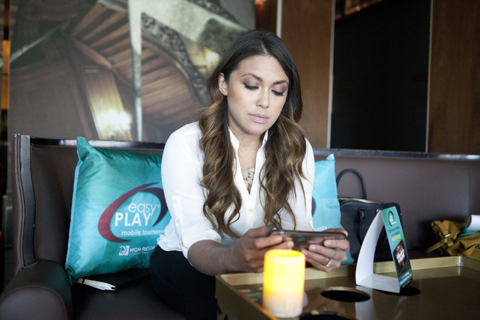 MGM is also going as far as to install conveniently located tablets where visitors to the resort can take part in the tournaments if they have forgotten their smartphones or prefer the bigger screens. To take part, players simply have to be at one of the nine listed MGM Resorts which include the Mandalay Bay, Bellagio, and Monte Carlo casinos, as well as being over 21 years of age and a US resident. The tournaments are seen as a way to experience the higher stakes version of the game with players limited to bets as low as ten dollars.

Ultimately, the release of the easyPlay scheme shows a clear indication of how the established Vegas elite are responding to modern changes in the gambling sector. As a new gateway for revenue, and a way for visitors to stay entertained when visiting the resort, casinos may just have another mobile phenomenon on their hands, just like Pokémon Go!

« FAQ5 Things To Do In Las Vegas Without Visiting Casinos »